25 Reasons Why Trucking Is Better Than It Used to Be

I like this compilation by David Henry, but he forgot to include the joys of using his BigRoad app to keep his log paperwork straight. 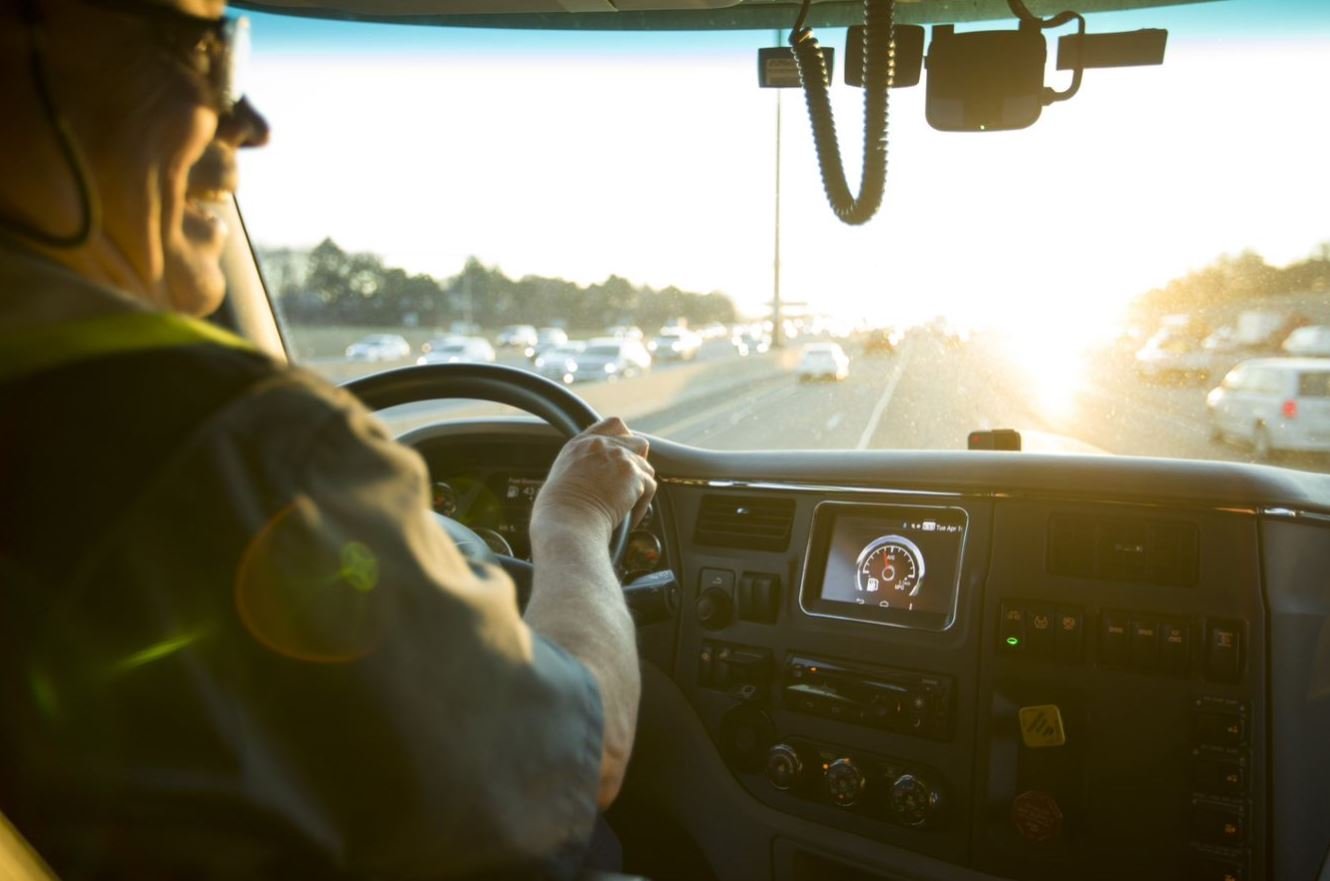 I was an eagle swooping down from the mountain top, the wind rustling my feathers as I flew lower. Truth be told, I was in a Jimmy cabover with a full load of eggs in my reefer and what my eagle eyes saw was a light at the bottom of the Pennsylvania hill that was probably going to change, and not for the ­better. As I flew downhill I realized it was going to be hard to stop in time...

That was 25 years ago. You’ll have to read on to find out how that episode ends but a: At least I’m here to talk about it; and b: Experiences like that have given me pause; time to reflect on ways trucking is a far better place to work now than it was in 1987. The list was easier to compile than you might think.

The few times I ran team, by the end of the trip my wife thought I had a bad throat infection. Just trying to talk to your partner required shouting. Especially when you had a 2/50 air conditioner (two open windows and 50 mph). All radios had to have high output or you had to guess at what you were listening to. Today I can actually hear what a passenger is saying.

Early in my working life on the farm, in fact even before I had a truck license, we had stacks of tires. That was important because you never made it very far before you had to change one. In the late ’80s my goal was to make it a whole week without tire trouble. Now if I get a flat before I have 300,000 kms on my rubber shoes I’m very unhappy. Today, many tires last the tread life and beyond with no trouble.

The ­seasons were always upside down in trucks. The trucks pumped hot air in summer and frigid air in winter. Today I have climate control that adjusts without my help.

My back can tell you stories, none of them good. Originally dismissed as not being up to the task, air bags are everywhere now. “Can’t feel the road” was a common snort by some. Last I checked... no road feels good.

In the old days, many times you knew there was a truck ahead, you just couldn’t see it. Drivers would turn up their fuel pumps which produced immense clouds of black smoke and shortened the lives of their engines. Insects died in a four-mile radius and people ran for cover, thinking an explosion was about to happen. Today we only see steam when it’s lower than minus 15C and yet they still keep putting more restrictions on our engines. Truck exhaust today is cleaner than California air. Maybe we need to cut back on the number of politicians…

Anyone who did the trek in winter from Canada Customs to the broker buildings at Emerson, MB., loves this improvement. Years later I think I’m just now getting feeling back in my toes and cheeks.

19. The Comforts of Home

Not only bigger sleepers but comfortable, well-appointed areas built with drivers in mind. After years of crawl-in “coffin” bunks I wanted a bigger opening so when I finally got a truck with a large opening and six inches of floor space I was ecstatic. I need to slap myself sometimes when I start to complain as I’m watching TV, eating microwave-heated food from my fridge, as I put my table away.

These days, with GPS I can quickly get into a really bad spot. I trust my GPS and so without watching signs, I effortlessly manage to find truck-unfriendly places while being oblivious until it is too late. On the other hand, with GPS, I can see my total miles and know exactly if I am going to be late and by how many minutes. 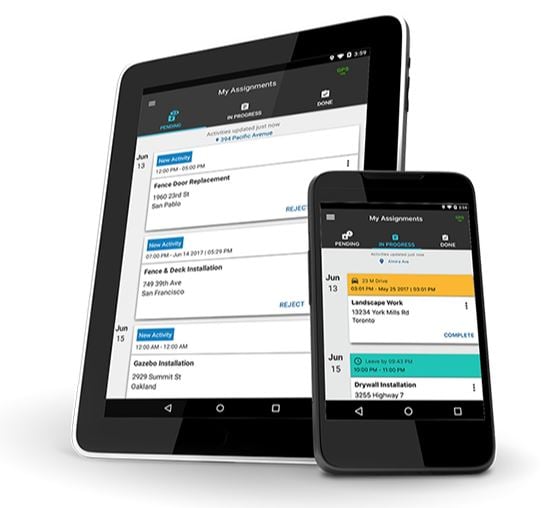 Today I get notifications on my phone regarding weather and traffic problems or road closures. I used to rely on the CB. The problem is what is good for one driver is not always good for another. Or a dispatcher; “Radar shows that the snow is ending just past you.” Yeah, like 500 kms ahead.

It used to drive me nuts when a tire man didn’t care how your Dayton wheels were installed. I’m sure it was hard on your tires to wobble down the road, but some were convinced it wasn’t.

It was flat out embarrassing to be passed by a hippie in a VW bus going up a hill. Meantime, we were doing zero to 60 in six miles.

They don’t solve all braking issues but they help.

Two-stick transmissions took skill to shift smoothly. Done right it was good, but lose your spot and accidentally put both sticks in neutral and you were forced to stop and try again.

Some will not agree, but how often did we hear... “We really need you to get that load there by tomorrow morning”? What was STRONGLY implied was “Use logbooks B and C, sleep tomorrow... maybe... and don’t be a wuss. You slept at least four hours last night.”

In the back of my mileage book I used to list all my favorite radio station frequencies for as many cities as possible. With the old dial radios, finding a station was an art. Some places didn’t have my kind of music and so I resorted to cassettes. Today, I still carry some CDs but now I can listen to whatever music I want on the satellite radio and when I tire of that, I plug in the MP3/iPod player.

But why do we still have some two-lane Trans Canada? Never made sense to me. Nothing like getting behind a Saskatchewan farmer on a two-laner with nothing but time on his hands as he runs 60-70 kph looking at his neighbor’s crops on the way to the coffee shop. Today, you have many more passing lanes and four-lane roads.

I have really no idea how many gear changes I’ve made over 25-plus years in farm trucks and highway tractors, but two million changes is not unbelievable. Probably even more if you ask my right wrist. I even considered going to drive in England or Australia to give my right wrist a breather. There are quirks to the new transmissions but I’m sure they’ll get much better. Mine is an early generation and most days I really like it.

Makes blind-side backing not quite so blind. I admit that on occasion I forget to adjust them back so next time I look in the mirror I scare myself, wondering why the truck 4 four lanes over looks like it is beside me.

In some of those old greasy spoons, they had to keep the music cranked up loud to drown out the sound of your arteries hardening and closing up.

Fortunately for us, people don’t want 53-ft rigs running downtown all the time so the trend has been to site warehouse developments closer to suburbs and four-lane roads. Yes!

5. Satellite Dispatch that Provides all the Information a Driver Needs

In the past, we were expected to know what the dispatcher was thinking as we called in on pay phones from beside a busy highway. “Go to... crackle... Great... sczzz... Company in Elksczzz and pickup sczzz....”. “WHAT????”. “Why aren’t you ­listening!!!! D@#* drivers!!!” (that last part always came through clearly).

A female trailer is one with side skirts. It’s no surprise I like this. I get better fuel economy and a nice clean skirt looks cute!

In Canada we still haven’t mastered the art of having both sides pumping at the same time and don’t give me the BS about our weather. North Dakota does it and it works fine. But all-in-all, our truck stops are much nicer. Showers get cleaned. (I know they do... I actually saw a cleaner once.) Sometimes you can see the pavement and if your day ends at 3:00 p.m., you may be able to find a parking spot.

They just make sense. Ask any mechanic and he or she will tell you most damage happens during idling. I never made any money idling in a truckstop. Still baffles me why some idle their trucks when the weather is so nice. I guess they have more money to waste than me.

I’m still around and trucking. The only thing that happened was a cop saw me blow the light with brakes smoking.

— David Henry,­currently an LCV O/O for Penner International, has been driving truck for over 25 years. He lives with his wife Alta and family near Landmark, MB.