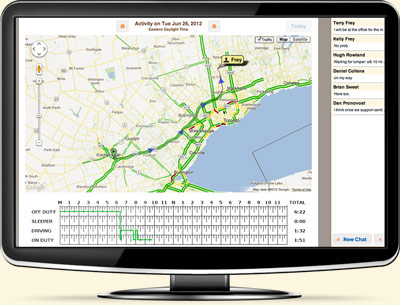 We hear from drivers all the time about the amount of wasted time spent in shipper facilities waiting for loads or simply being “shelved” until the shipper is ready to move. Too often, drivers are powerless to enforce penalties or trigger action because they lack credible source of proof of when they were forecasted to arrive and when they actually did.

This is an industry-wide problem, and drivers pay the price. Waiting for loading and unloading is a major inefficiency in the industry, costing carriers an estimated $3 billion dollars annually. In 2011, a study by the U.S. Department of Transportation showed the impact detention time has on truck drivers and potential violations of Federal hours-of-service requirements. The findings included:

Legislation may ultimately curb the problem. But more much effective would be tools to notify shippers of arrival times and a way to track out-of-tolerance wait times.

BigRoad provides these tools today with automatic trip log stop time reporting.  BigRoad Drivers and Fleets have the tools to more effectively collaborate with shippers and slash wait times. It’s about better communication backed up by the credible data.