Calculating The Cost Of Non-Compliance With FMCSA Regulations: $30.7M 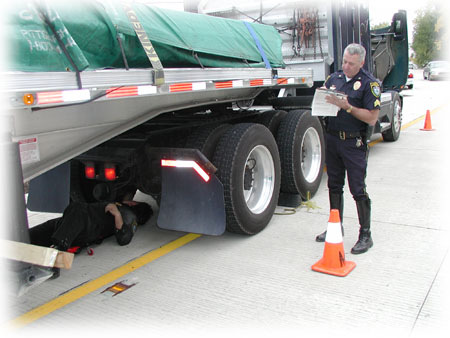 Among commercial motor carriers, safety regulations can be a controversial  topic. Whether it’s an EOBR mandate or a CSA rating system that is flawed, you’ll  always have vigorous debate on the right way to go. One topic where you’ll find little disagreement is the high cost of non-compliance.

Calculating the cost of noncompliance, however, is not an easy task. There  are so many variables to consider: fleet size, type of vehicle, LTL vs.  truckload, route type (regional, dedicated, long-haul) and trip length, to name  a few. We recently found some research to put numbers to noncompliance:

Fines for Failure to Comply

An obvious way to quantify the costs of noncompliance is by examining fines  levied against carriers for violations of DOT safety regulations. In 2011,  DOT-regulated truck, bus and motor coach companies paid $30,674,218 in  fines for failure to comply with Federal Motor Carrier Safety  Regulations (FMCSRs). The average fine per case was $5,050.

The table below shows that fines in 2011 were higher than previous year.  Fines in 2012 may be even higher, as the data is still incomplete.

This number does NOT include other associated costs. Roadside repairs for  out-of-service vehicles may cost three to five times the cost of repairs  performed at a terminal.  Lost driving time is another cost. Not only is a  driver failing to produce revenue when he or his vehicle is out-of-service, he’s  also using up his fourteen hours of work time. Delivery delays are another  associated cost that’s difficult to quantify. This is especially problematic for less-than-truckload or dedicated fleets.

According to Rob Moseley, head of the transportation department at Smith Moore Leatherwood, juries are relatively accepting of  truck drivers who make mistakes. Moseley said in a recent interview,  “Juries are much less forgiving when safety issues are ignored  at the management level of the company.” He added, “A trucking company gets to  explain two problems or inconsistencies. After that, the jury doesn’t listen and  will punish the trucking company.”  The result? Damages typically increase.

The costs associated with legal defense are also likely to increase. Not only  must the carrier address the issue under litigation (such as determining who ran  a red light), the carrier must also defend against compliance failures. This may  require additional experts and depositions, which, according to Moseley,  can add tens of thousands of dollars to the bill.

Other costs that we’ve calculated include:

The bottom line for carriers: Invest in compliance with applications like BigRoad that eliminate all form and manner issues before submission while also alerting the driver of potential violations before they occur.  Regularly auditing your drivers’  logs, maintaining accurate and complete records, following a sound drug testing  policy and training your drivers is costly. But it may be less expensive than  the alternative.