Trucks waste $27B/year due to congestion - fleet tracking can help 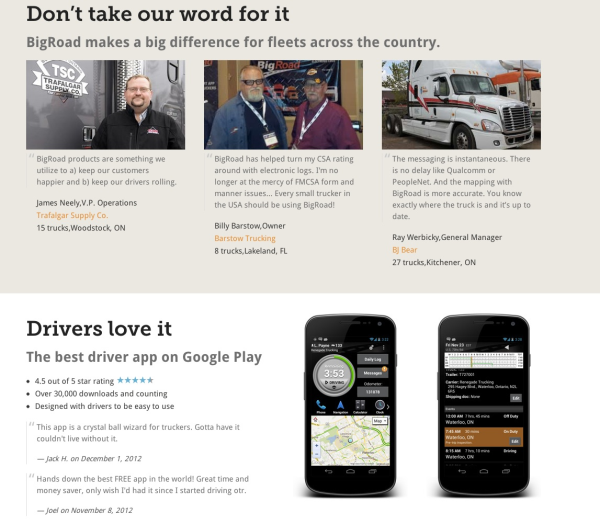 Many fleets are finding that real time tracking with traffic alerts for drivers and dispatchers can help reduce getting caught in traffic. Though traffic congestion in U.S. cities has remained relatively stable in recent years, delays are still costing commuters and truckers hefty sums, according to an annual study – with an estimated $27 billion worth of time and diesel fuel wasted by trucks alone in 2011 due solely to traffic jams.

Fleet operators also lose productivity and increase fuel consumption due to delay times at shipper/receiver locations (commonly referred to as detention time in the industry).  "It seems that the guys at the dock just don't care about us (truckers) anymore and don't realize that the hours we spend waiting to get loaded or unloaded take money right out of our pockets and delay us getting to our next appointment" says Bill, a flatbed driver.

According to the yearly Urban Mobility Report (UMR) conducted by the Texas A&M Transportation Institute (TTI), fuel wasted in congested traffic reached a total of 2.9 billion gallons in 2011, the last year for which data is available. That’s roughly the same as in 2010, but short of the record 3.2 billion gallons wasted in 2005.

The group added that the Travel Time Index – the difference in time required for a rush hour commute compared to the same trip in non-congested conditions – remained steady at 1.18 in 2011, still short of the record 1.23 level set eight years ago.

Altogether, TTI said the total financial cost of traffic congestion in 2011 topped $121 billion, an increase of $1 billion from 2010, which translates to $818 per U.S. commuter. Again, of that total, some $27 billion represents wasted time and diesel fuel by trucks trying to move freight across the highway system, the group noted.

Increasingly, progressive fleets are turning to fleet tracking and electronic logs to improve their productivity and avoid traffic congestion and collect on detention penalties.  Easy to acquire applications like BigRoad can provide a real competitive advantage for fleet operators.

This year the UMR also included an estimate of the additional carbon dioxide (CO2)emissions attributed to traffic congestion, which for 2011 is 56 billion pounds or about 380 pounds per automotive commuter.

TTI added that it has also developed a new metric called the Planning Time Index (PTI) to help measure what it calls “travel reliability.” The group said the PTI illustrates the amount of extra time needed to arrive on time for “higher priority” events, such as an airline departure, just-in-time shipments, medical appointments and the like.

According to Bill Eisele, a TTI researcher and co-author of the UMR, if the PTI for a particular trip is 3.00, a traveler would allow 60 minutes for a trip that typically takes 20 minutes when few cars are on the road. Thus allowing for a PTI of 3.00 would ensure on-time arrival 19 out of 20 times, Eisele explained.

PTIs on freeways, however, vary widely across the nation, he stressed – from 1.31 or about nine extra minutes for a trip that takes 30 minutes in light traffic in Pensacola, FL, to 5.72 or almost three hours for that same half-hour trip in Washington, D.C.

“We all understand that trips take longer in rush hour, but for really important appointments, we have to allow increasingly more time to ensure an on-time arrival,” Eisele noted. “As bad as traffic jams are, it’s even more frustrating that you can’t depend on traffic jams being consistent from day-to-day. This unreliable travel is costly for commuters and truck drivers moving goods.”

Link to Original article in FleetOwner

See how the BigRoad app can save you even more!