Sudden shift toward the use of e-logs 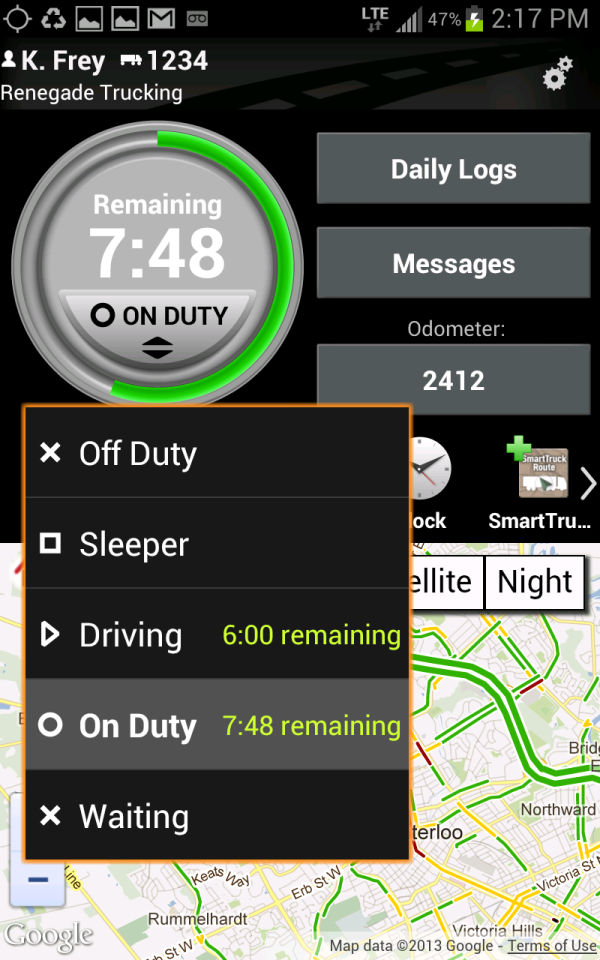 Below is an article that discusses the growing trend of E-logs. With the federal mandate looming, more people are doing away with paper and switching to electronic logs. Here at BigRoad, we understand that some people are not as comfortable making the switch, or that they feel that they are not as tech savvy, so we have designed our E-log app to be as easy to use as possible. The article also highlights some the of e-log benefits to the driver and owner such as cost and convenience.

With a federal mandate likely coming at some point in the near future, a growing number of carriers have made the switch to electronic logs, according to a survey conducted byTransport Capital Partners(TCP).

The results, released last week and compiled during the firm’s First Quarter 2013 Business Expectations Survey, found that 35% of carriers polled in February now use electronic logs, up from just 25% in May 2012.

“Carriers we have spoken with who have fully implemented elogs in their operations report improved CSA scores,” said Steven Dutro, TCP partner.

Even those carriers that have not implement elogs as of yet as seriously considering according to the poll results. Two-thirds of responding carriers said they are testing or utilizing elogs on their trucks and another 10% are considering it, but have yet to make the transition.

Of larger carriers, 43% report using elogs on all their trucks, while only 29% of smaller carriers are doing so. Survey authors surmise that this is likely a reflection of the financial resources available to the larger carriers to make the initial investment and to fund, train, and manage compliance.

The Federal Motor Carrier Safety Administration has tried on several occasions to mandate the use of electronic onboard recorders (EOBRs) on commercial vehicles, but has been slowed in its attempts to do so. But, the passage of the Moving Ahead for Progress in the 21st Century Act, or MAP-21, last June, requires FMCSA to issue a final rule requiring the devices. Many in the industry expect a rule to eventually pass.

“For starters, the new hours-of-service (HOS) rules that are going into effect [in July] will be difficult to comply with manually using paper logbooks,” said John Gaither, senior sales executive and engineer for technology provider GPS Insight. “Use of EOBRs will not only reduce the amount of time required to keep logbooks in compliance, they can also help fleets improve their Compliance, Safety, Accountability (CSA) scores as well.”

During a webinar last fall, Dave Kraft, director of industry affairs for Qualcomm Enterprise Services, said EOBRs lead to a significant reduction in paperwork and other administrative costs related to paper logs. Kraft said that there’s been a 12% reduction in total logbook violations and a corresponding 12% decline in out-of-service tallies linked to hours-of-service violations over the past several years as EOBR usage has increased.

According to the TCP survey, fleets also are attacking CSA compliance through a multitude of efforts.

The most common approach continues to be driver education, the survey found. Although, 64% of fleets have also changed how they handle lower-performing drivers. Almost 50% said they have changed their hiring standards, and/or have changed their incentive programs for clean inspections.

“The industry continues to report adjusting to CSA, but in varying degrees and still with some controversy over reporting,” said Richard Mikes, TCP partner.

The costs associated with meeting CSA compliance vary by fleet, the survey indicated. While 34% of carriers believe compliance cost is less than $500 per driver, 35% said it’s between $501 and $1,000 per driver.

“The cost of compliance, along with decreasing productivity, the corresponding decrease in driver earnings, and the planned tightening of hours-of-service rules are part of the regulatory burden which has both directly and indirectly impacted carrriers,”  said Mikes.