Don't worry, tech companies kinda have your back! 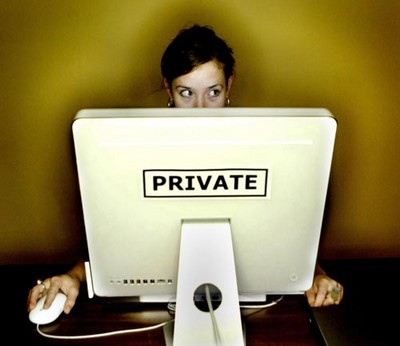 Good news for your online privacy - tech titans have your back... sort of.

With all this fear that the NSA knows all of your online data, it's somewhat comforting to know that companies such as Google, Apple, Yahoo and Facebook are in your corner. These companies, along with other Silicon Valley giants published a joint letter to the US government asking "for authority to publicize the number of government requests received, the number of affected users or accounts, and the types of information (messages, subscriber info) being sought. They also urged the government to issue a regular "transparency report" providing the same information." So it seems like these guys are standing up for their users in a round about way.

what strikes me about this is that these are the companies that are also accused of using your personal information for marketing and advertising purposes. It seems that online privacy control and regulations just can't keep up with the exponential increase of usage of online platforms. Because of this and the fact that many of these platforms and programs are so new, a precedent has yet to be set to deal with such issues. It seems that the exposure of the NSA's Prism program has definitely put a literal meaning to the term "Big Brother" in the minds of Americans.

Here is a LINK to EFF's Top 12 Ways to Protect Your Online Privacy.

(CNN) -- Silicon Valley, wary of being seen as accomplices in the National Security Agency's unpopular data-surveillance program, has a message for the Obama administration.

Let us disclose your requests for information about our users.

In the letter, the tech titans asked for authority to publicize the number of government requests received, the number of affected users or accounts, and the types of information (messages, subscriber info) being sought. They also urged the government to issue a regular "transparency report" providing the same information.

"This information ... is important to the American people, who are entitled to have an informed public debate about the appropriateness of those (requests) ... and to international users of US-based service providers who are concerned about the privacy and security of their communications," the letter said.

"We look forward to working with you to set a standard for transparency reporting that can serve as a positive example for governments across the globe."

The letter was addressed to President Obama, congressional leaders and top intelligence officials. It was also signed by some three dozen nonprofit groups and associations, from the ACLU to a handful of groups advocating open government.

Revelations about the NSA's Prism program have stoked privacy fears about how the largest U.S. tech companies handle their vast databases of users' information -- including e-mails, online chats and other messages -- and how much of that data they turn over to the government. Government officials have said they need access to digital communications to thwart potential terrorist attacks.

In the weeks since the revelations about the NSA snooping surfaced last month, the tech companies have been working to demonstrate their commitment to transparency. Many have written individual letters to the government seeking permission to publish statistics about national-security requests.

Thursday's joint letter came two days after a broad coalition of groups sued the NSA, demanding a halt to its data-collection program.