The (near) future of electronic logs...? 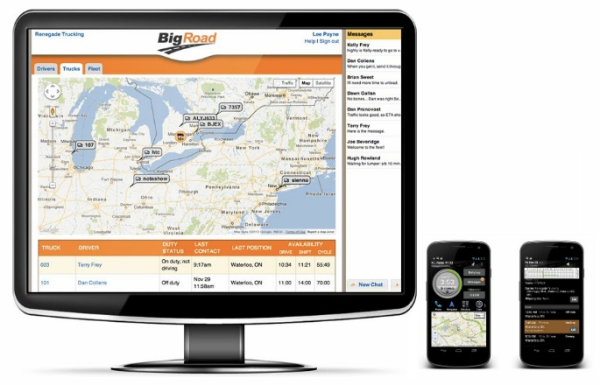 Today the Ontario Trucking Association posted the following article about the electronic log mandate in the US. The article is included below. Here at BigRoad we understand that there are many drivers out there who don't believe in e-Logs and, quite frankly, want nothing to do with them. With this in mind, we have developed an application for Android and Apple devices that resembles paper logs to a "T". Our team has kept drivers in mind through out this whole process, and have built the app to be very user friendly and efficient. Give it a try for free - we promise you that after using BigRoad, you'll never want to go back to paper logs again.

The following is the OTA's article - LINK TO ARTICLE

e-Log Proposal Goes Up The Ladder For Final Vetting

(Aug. 9, 2013) -- An electronic logging mandate in the US took one step closer to becoming a reality as the Transportation Department sent its proposed Electronic Logging Devices rule to the White House Office of Management and Budget for final vetting before publication.

The schedule calls for OMB to finish its review by early November, and for publication to follow by mid-November, according to Heavy Duty Trucking magazine. A two-month comment period will follow and the final rule could show up in 2014 or 2015.

The Federal Motor Carrier Safety Administration, which drafted the rule, has spent the past several months surveying drivers and carriers on the role of electronic logs in ‘driver harassment,’ which an appeals court ordered the administration to consider when writing the new rule.

In addition to addressing harassment, the proposal will set the mandate, establish minimum standards for elog devices and set requirements for supporting documents.