So it's been a couple months...liking the new HOS Rules? 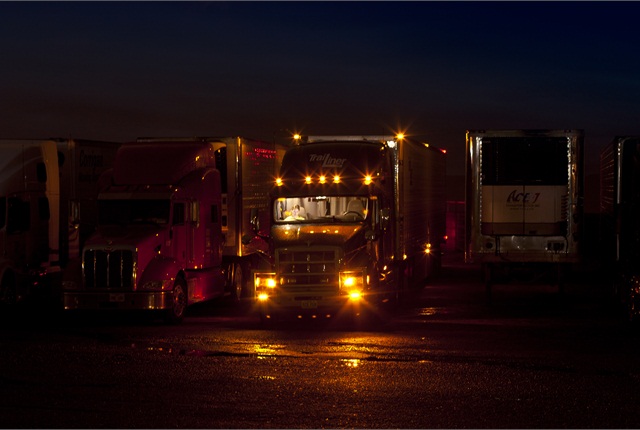 Well it's been a couple months since the new HOS rules were put in place by the FMCSA. How are you managing with them?

Check out this article found on TruckingInfo.com

The Effects of the New Hours of Service

Early experience with the hours-of-service changes bear out expectations that 24-7 truckload carriers will come under pressure to add personnel, change service levels or both.
The changes in the 34-hour restart appear to be having the impact that both trucking interests and the Federal Motor Carrier Safety Administration expected.

The changes that went into effect July 1 require the 34-hour restart to include two periods between 1 a.m. and 5 a.m., and limit use of the restart to once a week. They also require drivers to take a 30-minute break in an 8-hour period.

It’s too soon to gauge the full impact. Most of the carriers HDT contacted were not ready to talk about it. Those that were indicated that while high-output carriers, particularly those that work at night, will be pinched by the rule, others will be less affected.

The changes in the 34-hour restart appear to be having the impact that both trucking interests and the Federal Motor Carrier Safety Administration expected.

Before the change, drivers could use the restart to pick up extra time to fill service gaps over the weekend, Wells says. With the new requirement for two nights off, Cowan occasionally must strain to arrange drivers for 24-7 customers, he says.

Formerly, when a driver finished work between 1 a.m. and 5 a.m. on Saturday, he could go back to work Sunday night. Now he can’t start until 5 a.m. Monday, Wells says.

Wells expects that it will take at least a month to learn the true impact of the change. Meanwhile, he’s concerned about the way his drivers are reacting.

“In the past we had the luxury of drivers working a sixth day during the peak season,” he explains. “Out of 12 months we had seven months where drivers had the opportunity to collect a lot of overtime or work an extra day. A lot of our drivers are upset that they could potentially lose that benefit of additional income.”

Steve Williams, chairman and CEO of Maverick USA, recently made a similar point at a House hearing on the hours-of-service rule.

Using data from its electronic logging records, Maverick learned that 46% of its restarts would not meet the two-night requirement. The productivity losses arising from this probably will fall in the range of 1.5% to 4% — “small but not insignificant,” Williams told the panel.

Maverick drivers used the restart not because they had exhausted their weekly hours but to ensure that they would have enough future hours to manage unpredictable schedules, he said.

Kevin Burch, president of Jet Express, expects to see a similar pattern. He says Jet, which provides just-in-time services to General Motors, will have to take on more drivers when its customers add weekend production as the economy picks up.

“Only nighttime drivers who work more than 60 hours in seven consecutive days, or 70 hours in eight consecutive days, will be impacted by this change,” said FMCSA Administrator Anne Ferro in recent testimony to Congress.
She said that about 15% of all drivers fall into this category. The change is intended to protect against the fatigue that can build up during extended weekly work schedules. Ferro said it will prevent 1,400 crashes and save 19 lives a year.

Transportation economist Nöel Perry, a consultant with FTR Associates, underscored the point that the carriers most affected by the changes are truckload operators providing high-output services.

“It’s those long-haul drivers who are out two to three weeks at a time who will be most affected by this change,” he says.

The nominal effect of both changes in the restart provision is to reduce productivity by 14% for those carriers, he says. But since relatively few carriers will be affected, the net effect on the industry is more like 2.5%.

Perry added that the 30-minute break requirement is likely to have little impact. Wells and Burch agree.

Wells says the break is easy to manage in Cowan’s one-stop truckload operations, but gets more difficult if there are multiple stops on the run.

It may not be that simple for Maverick. Williams told the House Transportation and Infrastructure Committee hearing that his log analysis found a 30% violation rate under the 30-minute break requirement.

The drivers were taking breaks, he noted. They just weren’t taking 30 consecutive minutes off-duty, as the new rule requires.

Shorter-haul carriers and those whose operations don’t approach the weekly limits appear likely to feel less impact from the rule in general.

“(It has) minimal effect on us, as we are relatively short haul,” says Vin McLoughlin, chairman of Cardinal Logistics Management.

Miles Verhoef, an owner-operator out of Montana, says that when he hauls hay in over-dimensional loads he’s restricted to daytime, which means he doesn’t use the restart provision and is not affected.

Perry says the true impact of the rule changes must be seen in the context of other recent or pending federal safety and health regulations.

He estimates driver demand arising from the hours change to be about 60,000 over the next year or so. But when he adds in estimated driver requirements to comply with a long list of pending and possible regulations, he gets to a total of 1.2 million new recruits required over the next three to four years.

His list includes the CSA safety enforcement program, which of course already is in place and evolving.

Perry’s also counting pending rules such as electronic logging with its prohibition of driver coercion, and the drug and alcohol database, as well as more distant and speculative regulations such as speed limiters, driver training standards and electronic stability controls.

On the other hand, Perry says,  “For the next couple of years the economy will put only modest pressure on (trucking) capacity.”

Meanwhile, carriers and shippers can make some moves to mitigate the impact of the hours-of-service changes, he says.

Carriers should ramp up recruiting – which both Cowan and Jet are doing – and take care of their drivers.

“If you’re thinking about an increase in pay, this is probably the time,” Perry says.

At press time, carriers were keeping a wary eye on the U.S. Court of Appeals for the District of Columbia Circuit, which has been weighing challenges to the rule by both American Trucking Associations and an alliance of safety advocates led by Public Citizen.

The FMCSA has been criticized for going ahead with the changes before the court rules.

“It would have been prudent for FMCSA to wait to see what court decides,” said Rep. Peter DeFazio, D-Ore., at the House hearing.

FMCSA’s Ferro replied that the safety benefits of the rule justified going ahead. Moreover, she added, “I am confident that the rule is strong and will be upheld.”

Whatever the court’s decision on this case, it is clear from the commentary of Public Citizen and its allies that the next battleground in the hours-of-service struggle will be the 11-hour driving limit. They are convinced that the limit should be no more than 10 hours.

The agency has considered a 10-hour limit and found that there’s no “compelling scientific evidence” that it produces enough safety benefits to outweigh the evidence that 11 hours may have higher net benefits.

But the agency also has said it intends to do a comprehensive analysis of crash risk by driving hour, and is open to taking another look at the 11-hour limit.

This highlights another fact about hours of service and driver fatigue: It’s complicated.

“Even experts are conflicted on the issue,” writes Ron Knipling, a noted truck safety scientist, in his book, “Safety for the Long Haul.”

“Given the mountains of contradictory evidence and contrasting perspectives, the size of the truck driver fatigue problem is difficult to assess. Further, an even more active controversy relates to the factors causing fatigue and, ultimately, how to prevent it.”

It is safe to predict, given the events of the past decade, that this fight will continue in court. Meanwhile, there’s another piece in motion.

At the insistence of ATA, Congress last year ordered FMCSA to conduct a field study of the 34-hour restart.

ATA’s view is that the agency should confirm in the field the finding from a laboratory study that the two-night provision is needed to combat fatigue.

This finding, which says daytime sleep is not as restorative as nighttime sleep, is the scientific basis for the two-night provision.

Three carriers are participating in the field study, including Maverick USA. Data collection was on track to be done by the end of July. It is not clear if the data will be persuasive enough for the agency to reconsider its approach to the restart.