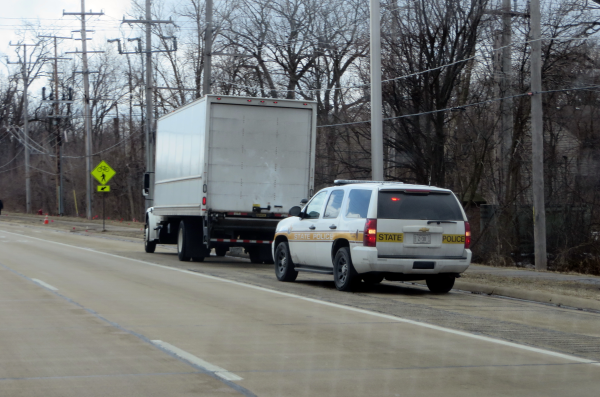 For several weeks now the Illinois State Police have been keeping a close eye on truckers, focusing most of their attention on the busy Interstate 90/94 corridor, a critical route for commercial traffic. The goal is to reduce traffic fatalities involving truck drivers, though it’s an approach many truck drivers feel is focused in the wrong direction.

The program is a response to several accidents involving trucks, like the crash that killed five people on Interstate 55 in late July. More recently, an accident on Interstate 80 in Illinois' Henry County resulted in the death of a trucker who slammed into the back of another tractor-trailer stopped on the highway's shoulder.

A key part of the Illinois State Police's crackdown has involved stopping trucks to check their logbooks. In the late July crash, the truck driver involved – 51-year-old Francisco Espinal-Quiroz of Leesburg, Indiana – manipulated his logbook to show that he'd begun his journey more than three hours later than he actually did. The result was a massive crash that took place when Espinal-Quiroz attempted to make a lane change and struck several vehicles stopped for construction.

For their part, transportation companies are working hard to prevent logbook falsification by making the switch to electronic rather than physical logbooks. It’s an ongoing process but one that, when complete, should have a positive impact on highway safety.

Of course, many truckers would remind Illinois State Police officials that research has shown between 75 and 80 per cent of the 3,464 fatal crashes involving trucks in 2012 were not the fault of truck drivers. That means only 866 fatalities can be directly blamed on truck drivers, even though there were more than 10.6 million trucks on American highways that year.

Still, Illinois State Police say they're on the lookout for truck drivers who speed, drink while under the influence of drugs or alcohol, and fail to wear a seatbelt. It's also expected that police will focus more attention than usual on truck inspection stops in an effort to keep dangerous rigs from hitting the road.