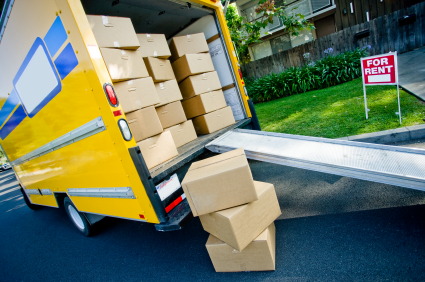 Should drivers of moving trucks be allowed to drive past the 14th hour? The American Moving & Storage Association (AMSA) thinks so and has applied to the Federal Motor Carrier Safety Administration (FMCSA) for a special exemption from regulations prohibiting drivers from piloting their commercial vehicles past the 14th hour on duty.

First off, it's important to note that the exemption would not allow AMSA drivers to continue driving well beyond the 14th hour, the established time limit for operators of commercial motor vehicles (CMVs). Instead, the exemption would simply allow the AMSA's 3,700 drivers to pilot their vehicles out of a residential area after they've finished completing a move or loading up their trucks with goods.

Specifically, the exemption would allow AMSA drivers to drive no further than 75 miles and no longer than 90 minutes after their 14th hour on duty has passed. Afterwards, the exemption would require the driver remain off duty for at least ten hours. A driver would also have to record the event, which could be evaluated during a compliance review, in their driver log.

For its part, the AMSA feels the exemption is necessary because moving in residential areas represents a unique type of service. “The list of potential unforeseen, impossible-to-plan-for situations that can cause delay is nearly endless,” the AMSA noted in its petition. “When rare, unusual and unforeseen circumstances arise, the 14-hour rule forces drivers nearing the end of their 14-hour shifts to choose ... impractical alternatives.”

In other words, the AMSA thinks transporting household goods is different than transporting other items, like chemicals, agricultural goods, etc.

The AMSA's application will almost certainly tap into a long-running debate about safety and the amount of time a driver spends on the road. Critics believe the 14-hour driving limit is already too high, with with some organizations -- like the Advocates for Highway & Auto Safety -- pressing for legislation that would cut time limits to between ten and twelve hours in a 24-hour period.

AMSA drivers would respond by noting that their business simply doesn't gel with existing time limits and that it's more dangerous to finish and leave a truck parked on an unsecured residential street for ten or more hours.