Driver coercion and harassment are still very common across the transportation industry. It's so much of an issue that the Federal Motor Carrier Safety Administration (FMCSA) released the Prohibiting Coercion of Commercial Vehicle Drivers (Coercion Rule) in January 2016. Additionally, the ELD Final Rule includes anti-harassment measures to help protect drivers. Here's a breakdown of what coercion and harassment is and how technology can help you prevent it!

Coercion is when a motor carrier, shipper, receiver, or broker threatens to withhold work, take action against, or punish a driver for refusing to operate in violation of FMCSA safety, commercial carrier, or hazardous material regulations.

How Do I Know If It Is Coercion?

There are a few things that must have happened for an interaction to be consider coercion:

Here is an example of driver coercion:
Billy's fleet manager wants him to make another run down to Chicago today. Billy is already at his maximum drive time for the day. He lets his fleet manager know that he can't make the run because if he does he'll be in violation of his HOS. His manager threatens to fire him if he doesn't make the run.

How the Rule Protects Drivers

The Coercion Rule is designed to protect drivers by prohibiting others from coercing them to violate regulations. The rule encourages drivers to report coercion to the FMCSA and enables the FMCSA to levy penalties on people who coerced the driver.

The FMCSA has defined harassment in the ELD Final Rule as actions that cause hours-of-service violations. Harassment only applies if the carrier’s action involved information from an ELD or other technology used in combination with an ELD. 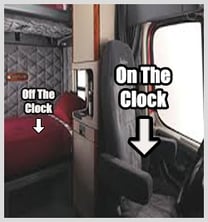 The following actions would be considered driver harassment:

How the ELD Mandate Protects Drivers

The FMCSA has made it very clear that driver harassment will not be tolerated. The ELD Final Rule protects drivers by:

Many drivers are concerned that running an electronic logging device (ELD) will make them more likely to experience coercion and harassment. However, drivers are already protected from coercion (under the Coercion Rule) and will be further protected from harassment as soon as they start using an ELD. 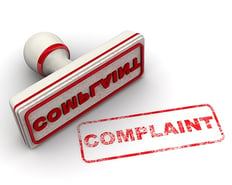 How to File a Complaint

As of January 29, 2016, the FMCSA began accepting complaints from drivers. If you need to file a complaint, you must do so within 90 days of the coercion act taking place. Complaints can be mailed to the Field Office in the state where the driver is employed or filed with the National Consumer Complaint Database.

Get Our DashLink ELD On Board!

Outside of preventing driver harassment and coercion, ELDs offer many benefits that'll help save you time and money. We invite you to set-up a personalized demonstration to see how easy it is to get on the path to compliance with BigRoad!