The industry has been buzzing with conversation in support of and against the electronic logging device (ELD) mandate since it was announced over 9 months ago. This included a lawsuit launched by the Owner-Operator Independent Drivers Association (OOIDA) a day after the ELD mandate final rule was published.

The biggest questions now are will the ELD mandate stick, are the requirements and/or specifications going to change, and how is all of this going to impact me? Here’s an update on where we sit today. 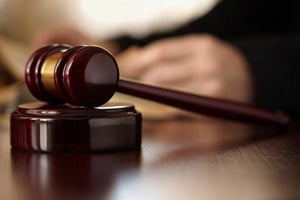 On September 13, the U.S. Court of Appeals for the Seventh Circuit heard oral arguments against the ELD mandate from the Owner-Operator Independent Drivers Association (OOIDA) and in favor of the mandate from the U.S. Department of Transportation (DOT).

If the OOIDA does not win, the ELD mandate requires that the majority of commercial motor vehicle (CMV) drivers in the United States run an electronic logging device (ELD). An audio clip of the arguments (provided by Overdrive) can be found here.

Three judges heard the OOIDA presented many arguments to the court about why the ELD mandate should not move forward including that:

Additionally the OOIDA argued that the ELD mandate fails to ensure that an ELD will not be used to harass drivers. This is the same argument that was presented in 2011 by the OOIDA that resulted in the first attempt of the mandate being overturned.

Arguments in Favor of ELDs Stronger 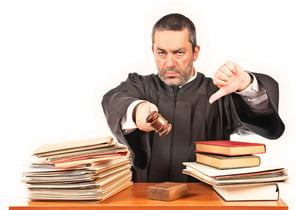 Despite the arguments made by the OOIDA, numerous media outlets have reported that the DOT seems to have come out in a more favorable position following the oral arguments after having strong points against each of the OOIDA arguments.

Overdrive reported that transportation lawyer, Tim Wiseman, commented: “The [three-judge] panel was very suspect of the arguments that the OOIDA was making and seemed to be much more in favor of the attorneys of the agency.”

He went on the comment that: "FMCSA did a pretty decent job addressing the concerns the court laid out the last go around with driver privacy and harassment. There are no guarantees, but if I was a betting man, I would say it’s going to be upheld.”

What Can You Do Now? 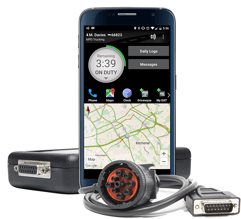 At this point, we can speculate as much as we want about how the ELD mandate is going to shake out - truth is...it’s up to the judges. We do know that a decision is expected in early 2017 - so what should you be doing right now?

Start researching your electronic logging device (ELD) options now so that if/when the time comes, you’re prepared! Additionally, there are many benefits that ELDs offer that you can take advantage of to improve your efficiency, increase productivity, and reduce costs.

We invite you to attend an upcoming demonstration of BigRoad’s DashLink ELD to see how we can help get you on the path to compliance!