The electronic logging device (ELD) mandate has been upheld in court - this means that the December 18, 2017 compliance deadline date remains in effect for the majority of commercial motor vehicle (CMV) drivers in the U.S.

The 7th Circuit Court of Appeals voted unanimously in favor of the Federal Motor Carrier Safety Administration (FMCSA) to
keep the ELD mandate in place. The decision
was issued today (October 31) following the
oral arguments made by the FMCSA and Owner-Operator Independent Drivers Association (OOIDA) on September 13, 2016. A complete copy of the ruling can be viewed here.

The Final Rule was initially published to the Federal Register by the FMCSA on December 16, 2015. The OOIDA promptly filed a Petition for Review (the next day) to overturn the rule and launched a lawsuit in March 2016.

Details Behind the Ruling 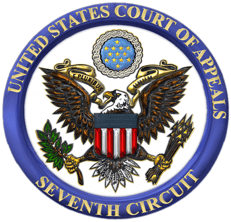 The 7th Circuit Court of Appeals found that the OOIDA was unable to successfully prove their arguments against the ELD mandate which included no protection against harassment, no cost-benefit, electronic logs eroded drivers’ Fourth Amendment rights, and driver privacy is not protected. The court disagreed with their arguments, writing the rule “is not arbitrary or capricious, nor does it violate the Fourth Amendment”.

It is important to note that this is the same court that ruled in favor of the OOIDA during the FMCSA’s 2010 attempt to issue a similar ELD mandate. The court stated that the FMCSA had since fixed the issues that prevented the mandate from going through 5 years ago.

The OOIDA still has the option to appeal the ruling to the Supreme Court, despite a unanimous vote in favor of the mandate from The 7th Circuit Court of Appeals (second highest court in the country). However, earlier this year the U.S. Supreme Court denied a trucker’s request to intervene in this lawsuit which may indicate their future ruling if brought forward.

Get on the Path to Compliance 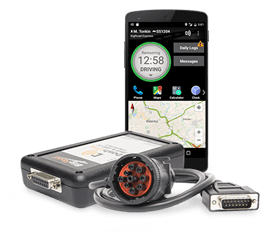 With the ELD mandate surviving the OOIDA lawsuit, the majority of CMV drivers need to make a decision on how they're going to
become ELD compliant to hit the December 18, 2017 deadline date.

BigRoad's got your back! We've been providing industry-leading compliance solutions to drivers and fleets for over 5 years. Let us help you get on the path to compliance today by setting up a demo of our DashLink ELD.