I’ll Quit Before I Use eLogs!

That was the exact statement Paul Kirkland, a driver of 23 years, told his supervisor. You may recognize Paul from his facebook profile, featuring trucking videos and all things rodeo. Several months ago, he found out his new company, Acadiana Energy, exclusively use electronic logs (eLogs) and have been for the past couple years.

As a long time paper log user, he was not interested in the least to switch over to this new electronic format.

“I said no way you can make money with an electronic log and I will quit if I have to use them. I’ve been trucking for 23 years - I don’t need someone tracking my hours or telling me when to sleep. It’ll prevent me from getting where I need to be on time... Well, I was wrong! It hasn’t affected me one bit as far as my money goes.”

So What Made Him Switch Over to eLogs?

Paul was brought on to the company by a former colleague who now worked at Acadiana Energy. She let him know that they all used eLogs and as a company driver, he would be doing so as well.

Unfortunately, this was after he accepted the position. At that moment, Paul let her know exactly his thoughts on eLogs - and trust me, he had nothing good to say!

“After I made a big stink about the eLogs, she asked me if I ever used them before. I hadn’t, so she told me to zip it and at least try them before making any rash decisions. So I did.”

Ready to try them out, Paul got his truck all ready and went out on his first trip using eLogs. Not sure what to expect - and armed with a healthy dislike of the mobile app - he was impressed. In fact, his first trip was such a success! Paul liked the BigRoad app so much that he decided to stay and continue to use it for tracking his record of duty status.

Even though Paul’s first thoughts would be that he's being ‘tracked by the man’ and that it would end up being a burden, his experience was the exact opposite. Efficiencies that he hadn’t even thought about were now at his fingertips.

“With BigRoad, I don’t have to count all my hours up and be out 15 min, or worse, lose count. I can’t tell you how many 15-minute tickets I have gotten – Whooooeeee! Probably a whole lot over 25 years. When I don’t keep up, then I have to count my hours and ending mileage and do all the math – and I hate math!”

The Road Ahead: Acadiana & BigRoad 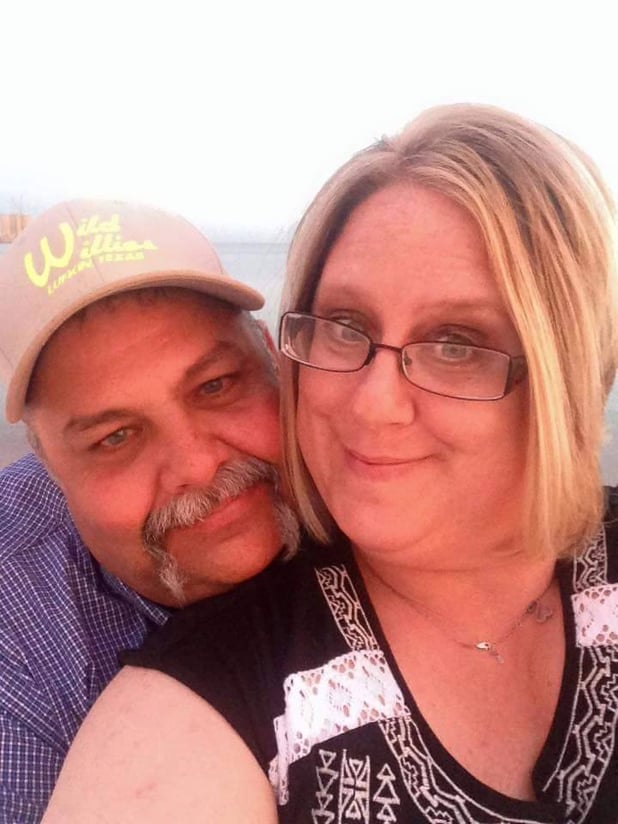 Paul has been in trucking his entire adult life. Prior to Acadiana Energy, he was a company driver at one of the largest transportation companies in North America.

He didn’t like being a number and finally decided to leave when he was reprimanded for helping out a fellow driver, who was stuck on the road.

Additionally, Paul believes smaller fleets is where the industry thrives:

“Customers are going back to smaller trucking companies because of the level of service they can provide. The big companies are not customer service-oriented. I can now see where having these technology tools can help improve my customer service on the road. It’s the same with BigRoad. They do whatever they can to help out.”

Now working for Acadiana Energy, which is based in Louisiana, Paul is about two hours from home - planning his loads so he is always working his way back to his beautiful wife, Tammy, and a baby Chihuahua named Lady. Travelling all across the US, pulling pneumatic trailers, hopper bottoms, and flat trans all for the farming industry, Paul usually just sticks the South.

“The DOT seems to be more lax in the southern regions. The Cold North makes them bitter. Ha ha!” jokes Paul. But all kidding aside, Paul states that he’s never had any issues with BigRoad eLogs when he’s pulled over or at an inspection. In fact, he’s had more than a few officers comment on how neat his logs are!

“I enjoy not having to draw lines and I am not a neat writer to begin with! Having the option to put in what I was doing in the notes or add picture documents has really helped me stay organized. I don’t know what I was worried about - BigRoad just made it better for me.”

Advice to Other Non-eLog Drivers?

Paul gets it. He was in the same boat as many drivers months ago. Feeling exactly the same frustrations with the impending laws and feeling like the walls were closing in. Paul said he’d quit before using electronic logs - and he meant it!. But now that he's tried it, he’s a total convert and using BigRoad religiously.

“I am still running my miles and it hasn’t impacted anything. It has made it a lot easier to keep up with my log book. I just push a button to do DVIR then push a button to get driving – doesn’t get any easier than that!”

And while BigRoad eLogs are helping him breeze through inspections, Paul also recommends having the right attitude and striving for a good first impression when engaging with law enforcement.

“If drivers are professional, trucks are clean and in great shape, technology helps with the impression. Technology really helps with automating those silly daily administrative tasks we have as truckers, but it’s the dependability, the professionalism, the courtesy that gets you respect. If your truck is clean and you are mannerly and educated about the laws, the officer won’t bother you. BigRoad electronic logs just takes that experience one positive step further.”

Try BigRoad’s eLogs for free - make your logs work for you (and not the other way around).