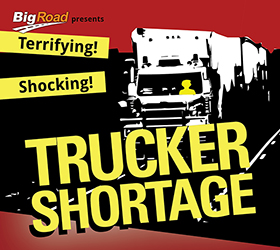 One of the hottest issues facing the transportation industry today is the lack of young drivers entering the profession. This, combined with an aging workforce, has led to a driver shortage that could cripple the industry and it shows no signs of letting up any time soon.

In the last couple of decades, we have seen that truckers are, on average, getting older. The average age of a truck driver is higher than other industries with a disproportionate number of drivers falling between the ages of 45-64.

Transportation is a growing industry with more goods needing to be carried by trucks than ever. However, many carriers find themselves in a constant battle to find and hire new blood. The number of new qualified drivers entering the industry is so low that we have already seen scare stories of higher consumer prices.

Has Trucking Lost its Appeal with the Younger Generation?

Pay is an obvious hurdle scaring away potential new truckers. During its golden age, trucking was a fairly well paying blue-collar job but over the years, due to highly competitive markets, wages have stagnated. Many potential young drivers are now finding comparative construction jobs pay much better; in 2014, the average salary of a trucker in the US was $41,930 where as a construction equipment operator could earn $48,020.

Based on labor supply economics, pay is an issue that should correct itself in the medium term but work conditions are also a major factor. Life on the road is hard; drivers work long hours day-in day-out and over-the-road drivers can expect to be away from friends and family weeks at a time. Tough workplace conditions, unscrupulous carriers and a general negative stereotype of truck drivers are all factors making it hard to recruit new drivers. Making matters worse, young drivers entering the industry have many preconceived notions about trucking that are far from positive.

It is estimated that 330,000 new truckers are needed by 2020. In order to fill all these positions, a large influx of millennials will be needed in the coming years. But when a career clearly fails to inspire younger generations, where will these new drivers come from?

Although there are no definite answers on how to fix the driver shortage crisis, there are plenty of groups trying to fix the situation.

We are all too familiar with the negative images and stereotypes attached to the industry but one group looking to change the public perception of trucking is Trucking Moves America Forward. This industry-backed group is concerned with creating a long-term positive image for the industry on a whole. Through education of the public and their work with policymakers, Trucking Moves America Forward wants to bring the message of how critical the trucking industry is to the nation’s economy. They openly promote truck drivers as skilled safety-conscious professionals working in an industry that strives for safer highways. Although, their focus isn’t directly on filling jobs, it is clear their long-term approach is more than a Band-Aid solution and its lofty aims should go a long way to making a career as a truck driver much more appealing to new drivers.

As well as looking for new younger drivers to enter the job market, there are groups targeting different demographics. Although trucking is known as a predominantly male pursuit, more women are getting behind the wheel of big rigs. A group that spearheads the employment of women in the industry is Women in Trucking. Their focus doesn’t just stop with encouraging women drivers; they also want to get women into other roles in the industry, creating a much richer and more diverse environment. Women in Trucking has established its own scholarship foundation, actively works on eliminating gender bias and promotes the accomplishments of its members through media appearances.

While some large companies already have plans in place to hire military veterans, the American Trucking Associations (ATA) wants the industry to hire 100,000 more veterans in the next 2 years. It’s an ambitious plan, but it’s not an unattainable one. Most states now offer a CDL waiver to vets with equivalent military experience. This is good news for those coming out of service, as they can practically walk straight into a new job. However, it’s unknown if these new drivers will have any affect on the high turnover rates inherent in the industry. 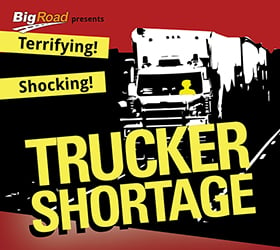 One area that’s always guaranteed to spark controversy is to fill the jobs with immigrant workers. With new immigration reforms in the pipeline, there is potential for a wider work pool that will benefit many industries, not just trucking. These proposed changes will take many years before they are fully carried out. Opponents to these changes think these new citizens are given a free pass but any potential new drivers would still have to go through the same processes of obtaining a CDL and will be subject to the exact same regulations as every other driver.

There is no quick fix to the driver shortage. Industry image, pay and working conditions have all played their part and addressing these issues should help prevent the industry from grinding to a halt. Only time will tell.

Has your company had trouble finding qualified drivers? How would you fix this impending driver shortage? Let us know in the comments.