On Saturday October 17, BigRoad attended the Truck Convoy in Paris, Ontario which is a two-day event benefitting the Special Olympics. It was such a great event! We met a lot of different people - drivers, volunteers, families and even representatives from the Special Olympics organization itself.

BigRoad’s social media was on fire with lots of support and messages on Twitter and Facebook. We tweeted throughout and posted lots of fantastic photos. Be sure to check them out! We also took some video of the event so stay tuned for some of that footage.

The event started out on Friday October 16 with some 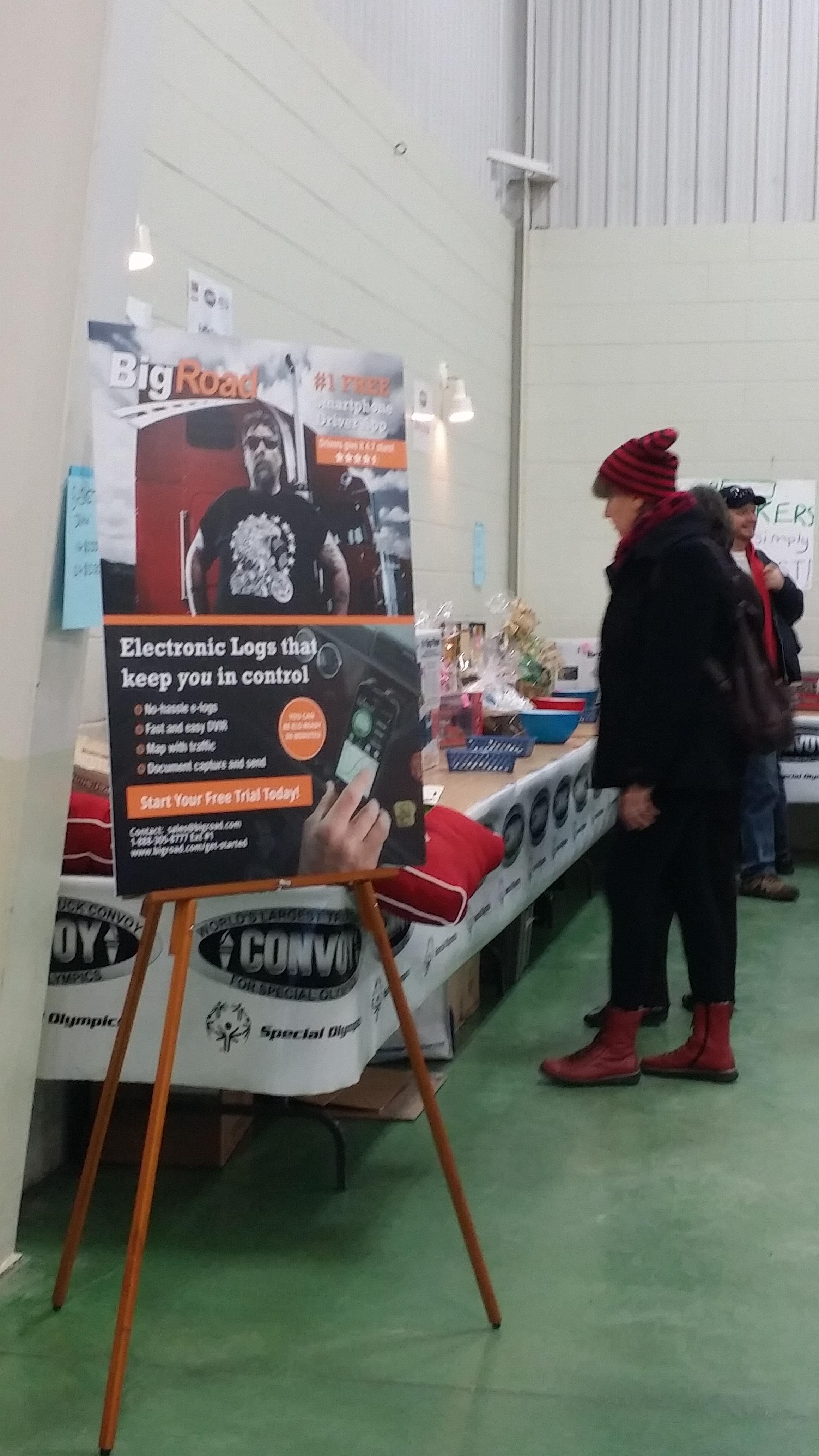 evening activities to introduce everyone. However, all the action was saved for Saturday, starting at 6 am in the morning. We arrived on-site around 8:30 am in the BigRoad truck and were so warmly welcomed by all!

The convoy wasn’t until 10 am so before that, we were able to meet with some of the attendees and hear their stories.

A lot of the drivers heard of BigRoad but were interested to see the app live in action. Marcia and Kelly from our team were able to show several drivers some of the features and functionality.

One of the drivers stated, “This is so much easier than paper logs! It’s only a few clicks and will save me so much time and hassle on the road”. A few of the drivers even downloaded the app to test it out during the convoy.

Michael Gower, who is an event organizer, is a long-time driver and initially was hesitant to use BigRoad. However, he decided to take the plunge and try it out. Almost immediately he was sold! He said that it’s quick, simple and easy to use. Check out what he said below.

We were also approached by law enforcement who were asking us about the app and its capabilities. One of the MTO Officers remarked, “It’s about time someone came out with an app like this,” referencing not only the ease of maintaining hours of service but also the ease of access from the inspector’s point of view.

By 10 am, everyone was getting ready for the convoy to start. The trucks departed the Paris Fairgrounds and travelled over 130 kms (80 miles) down the 401 with almost 80 trucks taking part. For the full route, click here. Although only commercial vehicles over 10,000 pounds could drive in the convoy, we still drove alongside to show our support. When the trucks came back to the fairgrounds, groups of the Special Olympics volunteers and supporters cheered on the drivers with signs and noisemakers.

After the convoy, it was time for lunch. BigRoad was one of the lunch sponsors and during this time, we heard from the guest speaker and fellow truck driver, Matthew Morrison. He has been involved with the Truck Convoy and Special Olympics since the beginning, 11 years ago. Every year, he’s raised money for the cause and never missed a year!

Following Matthew’s speech, there were the opening ceremonies and the athletes judged “Best of Convoy”. They also honoured the top 12 drivers with the highest donations, with the #1 driver raising nearly $5,000. BigRoad also wanted to show support and honoured the top three drivers with BigRoad gift baskets.

The event was a huge success and raised over $52,000 for the Special Olympics. This couldn’t have been possible without the help of all the drivers and their efforts. Sometimes drivers get judged with a negative stereotype, but these kinds of events show that, in the end, regardless of what you do, there are tons of awesome people who want to support a wonderful cause. The Truck Convoy is now in its eleventh year and has raised over $580,000 to date for the Special Olympics. Great job to everyone and BigRoad is so glad that we could attend and support.