As drivers and fleets in the United States are busy making plans to transition to electronic logging devices (ELDs), Canadians have been left in the dark. No one has heard anything about the proposed ‘Canadian ELD mandate’ since the initial comments were made by the federal government back in February 2016. Finally - we’ve got some news to share with you! 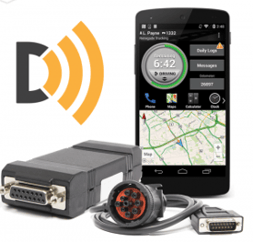 In February 2016 the Canadian federal government announced that new safety regulations will be implemented within 2 years and that these regulations would align with the United States. Transport Canada reported that drivers will be required to electronically record their hours of services (HOS). This marks the first proposed change in HOS recording since paper logging was made mandatory in the 1930s.

Natasha Gauthier from Transport Canada also told the Canadian Press, “The technical specifications and standards for electronic logging device (ELD) technology may differ slightly between the U.S. and Canada, but should not be necessarily inconsistent."

Canada Has NOT Mandated ELD Use...Yet 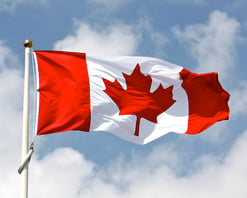 The comments above have caused some confusion among Canadian drivers and fleets. To confirm - Canada has not mandated the use of electronic logging devices (ELDs)...yet. The exact regulations, changes, and timelines have not been finalized or released.

However, if you are a Canadian driver that is driving in the United States, you need to follow their laws. This means, unless you qualify for an exemption, you’ll need to run an ELD when driving in the U.S. very soon. This is good news because you’ll be prepared for once an ELDs make their way to Canada.

The President of the Private Motor Truck Council of Canada (PMTC), Mike Millian, delivered a brief presentation on the status of ELDs in Canada at the PMTC Annual Conference last week. According to Millian, Transport Canada will be taking these steps in regards to mandating ELD use in Canada:

What Does This Mean for Canadians?


Based on the dates provided by Millian, the Canadian ELD timeline will be very similar to the U.S. timeline. However, if it’s not being published until late 2017, Canadians will have much less time to make an educated decision on which ELD provider to go with. We've created an infographic that explains the U.S. ELD mandate timeline  - get it here.

Now that there is a proposed timeline in place, we recommend that Canadians begin researching providers and solutions today. It doesn’t hurt to start looking now - it’ll actually benefit you in the long run!

Starting your research now will ensure you find a provider that meets your needs, you’ll get your device sooner, and you’ll actually have time to properly train and transition your drivers (not to mention cost savings, administrative work reduction, and safety score protection).

Get on the Path to Compliance with BigRoad


Whether you’re a small or large fleet, BigRoad’s DashLink can get you on the path to ELD compliance today! Set-up a live demo to see DashLink in action.