You never know how an inspection is going to go. You could get waved through or you could have your truck inspected with a fine-tooth comb. When put to the test, the BigRoad Mobile App and BigRoad Web App have enabled thousands of drivers to pass the toughest roadside inspections with ease. Bee Line Transport Inc. recently reached out to us to share their story.

Drivers are Confident When Using BigRoad
Bee Line Transport Inc. maintains a dedicated fleet of 12 owner-operators running one ton (or higher) rated trucks. They primarily transport slide-in truck campers and RVs. With regular travel across Canada and the United States, they rack up their fair share of roadside inspections.

Earlier this year, one of their drivers was pulled in for a roadside inspection in Idaho - a state known for very thorough inspections. The Idaho State Trooper informed the driver that he was going to perform a load and Level III Inspection. Without hesitation, the Bee Line Transport Inc. driver pulled out his Android phone, opened up the BigRoad Mobile App, and passed it to the trooper.

"The Idaho State Trooper quickly finished the Level III Inspection. He looked up at my driver and said that these BigRoad logs were the cleanest logs that he'd ever seen!" said Ryan McCrea, Fleet Manager at Bee Line Transport Inc.

The Best Logs on the Road
"The Trooper was so impressed with the ease of use, functionality, and interface - he actually took down the name of the app and said he wanted to share it with the other Troopers. He even said he was going to start suggesting it to drivers whose logs weren't as good as BigRoad - that's saying something!"

Bee Line Transport Inc. has been using the BigRoad Mobile App and BigRoad Web App for almost two years now. They've fully integrated BigRoad into their daily dispatching operation which has enabled their dispatchers and drivers to improve their ability to communicate.

“Prior to BigRoad, we would get handwritten communications which just led to confusion, frustration, and errors. BigRoad has really changed the way we communicate. We've eliminated errors, prevented violations, and know about potential issues before they become a huge problem!"

On the Path to Compliance 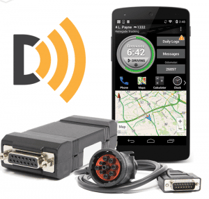 Bee Line Transport Inc. plans to implement DashLink (BigRoad's ELD-ready solution) in the near future. "Using BigRoad has been a great experience so far and it has really helped us improve our operations. We're planning on launching DashLink fleetwide to comply with the ELD mandate shortly," commented Ryan.

BigRoad has helped transform the way thousands of drivers and fleets do business. From providing our
free electronic logging app that simplifies hours of service tracking to getting fleets on the path to ELD compliance with DashLink. Whether you’re a fleet of 1 or 1,000 - BigRoad’s got your back! Start a free 30-day trial and see how we can help you!