US Supreme Court Refuses to Hear Case Against ELD Mandate

Today, the US Supreme Court announced that it will not hear a lawsuit challenging the electronic logging device (ELD) mandate. This decision means that the ELD mandate, as well as its December 18, 2017 compliance deadline, have been upheld!

According to the Commercial Carrier Journal, the legal battle surrounding the ELD mandate began over a year ago, in March 2016. Spearheaded by the Owner-Operator Independent Drivers Association (OOIDA), a case against the DOT and Federal Motor Carrier Safety Administration (FMCSA) was brought to the Chicago-based 7th Circuit Court of Appeals.

OOIDA argued that the mandate violated drivers’ Constitutional protection against warrantless searches. The case was heard last September, but the Court ruled in favour of the DOT and dismissed the OOIDA’s arguments. Undeterred, OOIDA appealed the 7th Circuit ruling, asking for a rehearing. This request for rehearing was later denied.

In April 2017, OOIDA made a final attempt to overturn the ELD mandate, asking the Supreme Court to take up the case. In their appeal, OOIDA and trucker plaintiffs argued that the mandate has implications outside of the trucking industry. OOIDA Executive Vice President Todd Spencer argued the mandate pertains to “millions of ordinary citizens going about their normal work days under constant, electronic surveillance without warrants.”

Despite the OOIDA’s concerns, the Supreme Court announced today that it has declined to hear the appeal, which firmly closes the case against the ELD mandate.

What Does This Mean For You?

The ELD mandate is coming. Unless you’re exempt, you’ll need to have a compliant device in your commercial motor vehicle (CMV) by December 18, 2017. It’s time to start looking for a solution that’s the right fit for you! 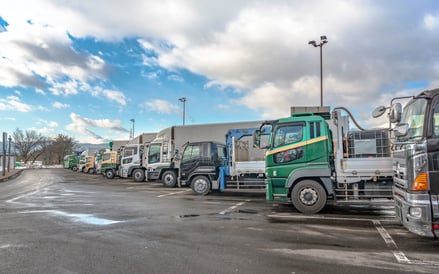 If you’re worried about how an ELD will affect your flexibility, check out our DashLink device. You can run DashLink as an automatic on-board recording device (AOBRD) until your ready to transition to ELDs. This puts you in the drivers seat (literally). When you're ready to make the move to ELD, you simply turn on ELD capability with a software update. AOBRDs offer significantly more flexibility than ELDs.

As an added bonus, if you get an AOBRD into your truck now, you can use it until December 16, 2019 - two years after the ELD mandate comes into effect. This means two additional years of more flexibility! We wrote a whole blog post about it that I’d recommend taking a look at.

How BigRoad Can Help

Our DashLink device runs as a more flexible AOBRD until you're ready to update it to an ELD, putting you in control of your transition to ELD compliance. To see our simple, affordable, and flexible solution in action, request a demo today!