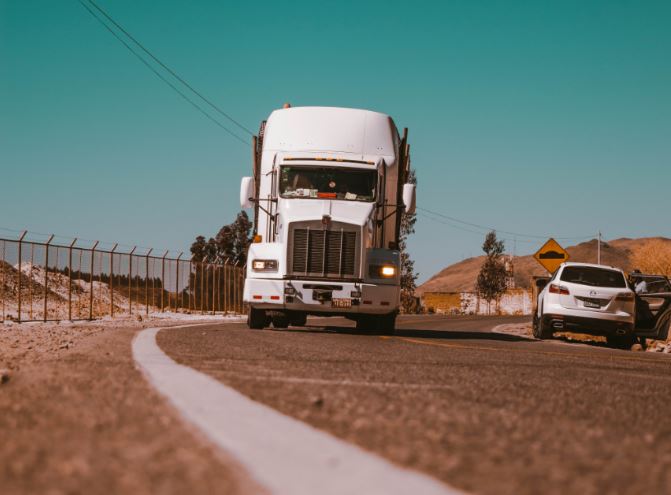 I am frequently asked basic trucking related questions, so I thought of putting together a Trucking 101 blog to shed some light on our industry.

Private Carrier. The private carrier provides a service to a shipper who owns or leases the vehicles, and thus does not charge a fee.

For-Hire Carrier. The for-hire carrier charges a fee for providing service to a shipper. Carrier does not own the goods.

Local vs. Inter-city. For-hire carriers are either local or inter-city operators. As local carriers, they pick up and deliver interstate freight within what is commonly called a commercial zone of a city or region as defined by the Surface Transportation Board (STB).

Common vs. Contract. Common carriers are required to serve the public when the need to do so is there, at reasonable rates, and without discrimination. Contract carriers, on the other hand, serve specific shippers with whom the carriers have a contract and are therefore not available for carrying freight for the public.

Exempt. These for-hire carriers are specifically exempt from economic regulation by the STB. This gives them freedom from economic regulatory control by the type of commodity hauled (agriculture, lumber, etc.), or by the nature of its operation, such as ancillary service to the air and ocean transportation industry. Rates charged, services provided, and the numbers of vehicles used are determined strictly by market supply and demand.

Speed or Transit Time. For shipments under 500 miles, the truck can usually deliver the freight in less time than other modes. While other modes can be faster, they are also restricted by less frequent schedules and limited access.

Small Carrying Capacity. Trucks are often greatly disadvantaged by the total weight of the cargo and the vehicle (which in most states is no more than 80,000 pounds) and dimensions (13.5 feet high and 96"/106" wide) established by state and local highway departments. However, the smaller shipping size of the motor carrier provides shippers and their customers with the benefits of lower inventory levels and inventory carrying costs.

Safety. Over the past decade, through stricter law enforcement of weight limitations, speed control, vehicle safety inspections, and licensing of drivers who must adhere to strict working hours and restrictive drug and alcohol requirements, the safety of highway transportation is improving. This has resulted in less damage to the cargo, which in turn reduces the need for excessive packaging requirements and costs.

Flexibility. Trucks have the advantage that they can be loaded and on their way faster than most of the other modes. With rail and barge, for example, larger volumes of cargo or numbers of vehicles must be loaded before the actual transportation of the cargo can begin. Simultaneously, the number of highways or lanes that trucks have available provide for faster and more efficient alternative routes when competitive pressures from shippers require this form of service.

Frequency. Because of smaller shipments, trucks can provide the shipper with more frequent shipments that can reduce inventory for the consignee, thus reducing total supply chain costs overall.

Cost Structure. Approximately 90% of the costs of the motor carrier industry are variable, and 10% are fixed. Motor carriers are able to increase or decrease the number of vehicles used in short periods of time and in small increments of capacity. Most terminals, because of the short stay of the freight, are relatively inexpensive to construct and maintain. Fixed costs are largely associated with purchasing and operating fleets, and on the public side, the investment in the highway system.

Containers. Trailers that are metal containers that typically involved in intermodal movements with railways, barges or ship. 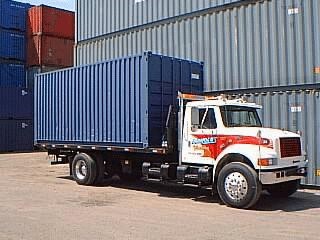 Dry van. Standard trailer or straight truck with all sides closed, although the end of the vehicle is accessible with one or two doors. These are the most common types of vehicles. 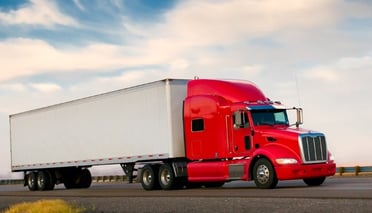 Flatbed. Trailer with flatbed or no sides or top. 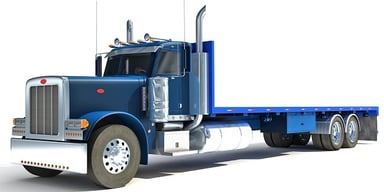 Cube Van. Vehicle that have a larger than normal internal and external size, restricted only by highway safety and statutory limitations. 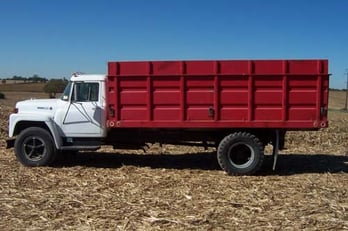 Livestock. Trailers designed for the transportation of live animals. 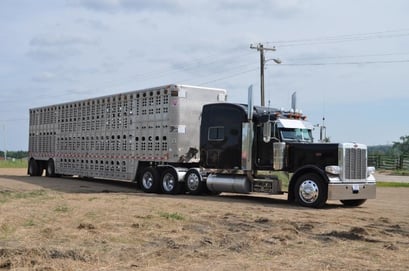 Tilt & Load. Top of trailer is open to allow cargo to be lifted in and out of the vehicle vertically. 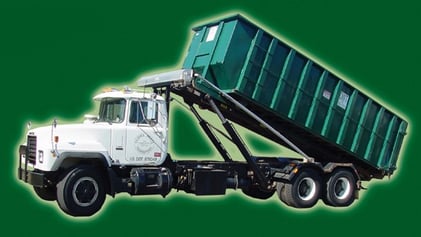 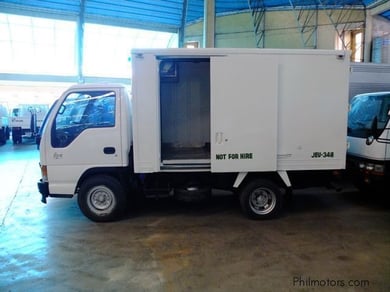 Special. Special design to accommodate unique cargoes such as automobiles, heavy vehicles such as machinery, and certain types of gases under heavy pressure.

Towing & Recovery.   Vehicle used to move disabled, improperly parked, impounded, or otherwise indisposed motor vehicles. This may involve recovering a vehicle damaged in an accident, returning one to a drivable surface in a mishap or inclement weather, or towing or transporting one via flatbed to a repair shop or other location. 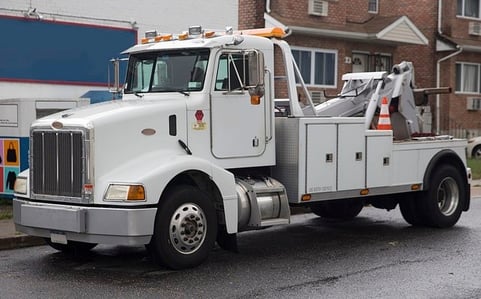 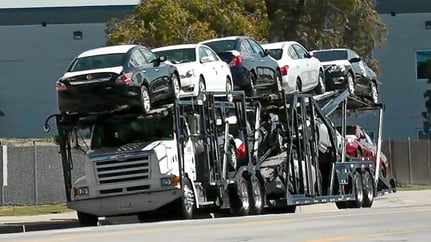 Line haul trucks are used to haul freight long distances between shippers and consignees. The vehicle involved is typically a tractor-trailer combination of three or more axles. State regulations determine the carrying capacity and size limitations of the vehicles, a factor that often frustrates carriers when hauling cargo between states that differ in the regulations.

Longer trailers that are 45, 48 and 53 feet in length are gradually replacing standard 40-foot units. The 53-foot unit is gaining larger acceptance by carriers because of their larger cubic carrying capacity, which is usually applicable to semi-and fully assembled products.

Normally smaller and lighter than the line haul vehicles, city trucks are usually one self- contained unit, meaning the truck and driver only move when the cargo is ready. These trucks are generally 20 to 25 feet in length, although small trailers 20 to 28 feet long are often used to pick up and deliver freight in inner-city areas where larger truck restrictions are in force.

Since deregulation in the early 1980s, the rate structure of the motor carrier industry has been influenced mainly by supply, demand and cost of service. Before deregulation, interstate and intrastate rates were set by government regulations and/or agencies.

Truckload. Truckload rates reflect the economics of scale associated with almost door- to-door service for the customer. That service does not have to provide additional handling of cargo once the cargo is loaded on the truck.

Less-than-truckload (LTL). LTL rates are usually much higher than truckload rates because of the additional cost of handling different shipments for different customers on the same truck. Part of that rate also is allocated for the additional cost of the LTL freight terminals where individual shipments are consolidated and later broken down for further transportation to the customer.

Contract. Contract rates are negotiated between one or more carriers with one or more shippers for specified shipments. These specifications consider guaranteed volumes, frequency, schedules and other factors that meet the competitive cost factors of both shippers and carriers over a relatively long period of time, up to several years. The guaranteed nature of the contract allows all parties involved to better project expenses and other business variables.

Dedicated Drivers. They typical work for the same employer from the start to finish of their driving careers. They have the privilege of getting back home more frequently. They differ considerably relying on what type of business has the position offered. Drivers could be dedicated to a customer or dispatch place. It could be a solitary route or a route that varies weekly. In addition, the variety does not stop there.

Local Drivers. This sort of trucking position normally pays by the hour and the driver spends his or her night at home. A great deal of these new jobs do call for long workdays. A local driver might leave before a household gets up in the morning and get home after they are asleep at night. This type of driver has a high risk of violating the hours of service regulations due to lack of enforcement visibility.

OTR Trucking. Also known as over the roadway motorists are normally away from residence as much as 2 or 5 weeks. (In some cases more, sometimes less depends on the business they work with.) They go cross-nation from one location to another. This umbrella term includes driving numerous sorts of devices. Practically any of the various other types of trucking position can be OTR or over the road as opposed to regional, local, devoted.

Team Driving Jobs. These sorts of truck driving careers requires drivers to have faith in another individuals driving ability while one sleeps and the other one drivers. Team driving could be the option to individuals who finds themselves single driving by themselves. Team drivers could make even more money as a team if both people have equal ability at staying awake and driving no matter what time their change occurs to happen. Teams work best if the two drivers have compatible personalities and driving abilities. Many husband and wife teams are prevalent in the industry.

Agency Drivers. Temporary drivers that work for motor carriers to fill the ongoing and periodic need for drivers during seasonal peaks such as prior to holiday seasons.